Board games on the iPad: a technology showcase

Of the thousands and thousands of titles available for the iPad and tablets generally, a genre where the device comes into its own is that of board game conversions. 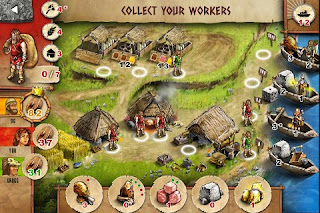 A number of excellent implementations of genuinely absorbing strategy board games (as well as more traditional games such as Scrabble and Monopoly) are now available, with more being continually added to the list. Here are a couple of favourites I have reviewed recently:

A key features of all of these implementations is pass and play mode, to which the iPad clearly lends itself. Like many other board game fans, I look forward to seeing what further offerings become available over the coming months and will post reviews of my favourites to the Multimobilia site.
Posted by Neil Coffey at 6:13 AM